Chase has been a commercial litigator and trial lawyer in Seattle since 1996.

He concentrates his practice in the areas of commercial litigation, real estate and construction litigation, insurance coverage (policyholder), and class actions/complex litigation. He also represents the firm’s clients in creditor-side bankruptcy matters in Washington and Oregon. He began his career in a large, regional law firm before joining Tousley Brain Stephens in 2001 and becoming an owner in 2004. Chase has represented individuals, publicly-traded companies, and privately-held businesses. He has been recognized by the Bar for his pro bono service, as a Rising Star by Washington Law and Politics, as a Best Lawyer in America in the area of Construction Litigation by Best Lawyers®, and is rated AV Preeminent® by Martindale-Hubble®. Chase has handled cases up and down the west coast, from Hawaii to Alaska, New York, and Florida, and before the Washington and Oregon State and Federal trial courts, the Washington State Court of Appeals, and the Washington Supreme Court. 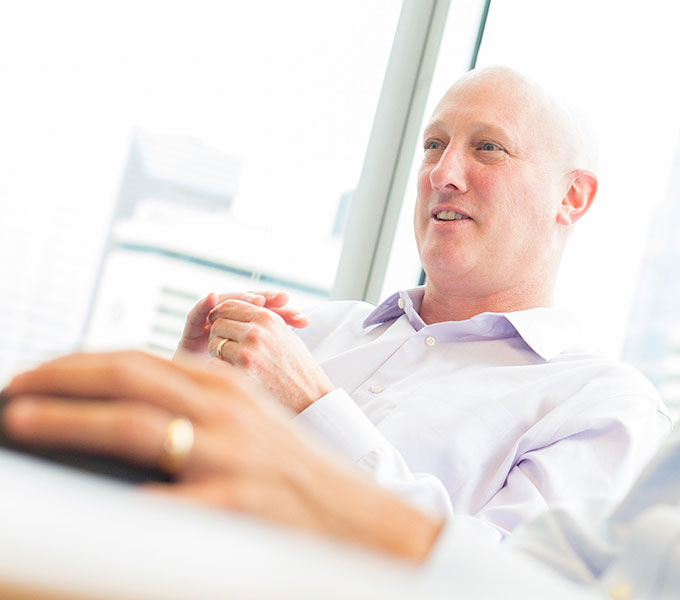 Obtained arbitration award for owner of Bellevue Galleria preventing retail tenant’s exercise of lease renewal option on the basis of prior lease defaults.

Defended real estate licensee and broker in action alleging nondisclosure of defects arising out of sale of a $13 million waterfront estate. Obtained summary judgment of the majority of plaintiff’s claims before trial and settled remaining claim during trial for an amount less than 4% of plaintiff’s demand to the jury.

Defended real estate licensees and broker in action alleging nondisclosure arising out of sale of $1.3 million commercial property. Obtained summary judgment dismissing plaintiff’s claims and a judgment against plaintiff and its attorney for attorney fees expended on defense.

Represented owner of 10,000 s.f. warehouse in breach of lease action against original tenant, assignee, and successor entities as well as the lease guarantor. Obtained judgment against guarantor before he removed case to bankruptcy court. Once case was removed obtained summary judgment of liability and favorable monetary settlement from tenant and its successor entities.

Obtained judgment against title insurance company for failure to act on client’s claim arising out of neighbor’s claim of adverse possession.

Represented vessel owner in first-party fire claim against claim of arson by insurer. Claim was resolved in favor of vessel owner.

City of Seattle v. Mighty Movers, Inc., 112 Wn. App. 904 (2002). Represented commercial advertiser in striking down Seattle’s poster ban as unconstitutional under the Washington State Constitution. Although the decision was subsequently reversed by the Supreme Court in a 6-3 decision, the case led to the revision to the City’s ordinance to permit previously banned speech.

As class counsel in Ikuseghan v. Multicare Health System, U.S. District Court for the Western District of Washington, represented a nationwide class in resolving claims under the Telephone Consumer Protection Act (TCPA).  The case settled after defeating Multicare’s motion to dismiss and obtaining class certification.  In approving the subsequent settlement and fee award, District Judge Benjamin Settle noted that “class counsel obtained an extraordinarily good result for the class following an arm’s-length negotiation. Under the approved settlement, class members will receive as much as they would have received had they successfully litigated their claims under the TCPA. This recovery is significantly superior to other TCPA class action settlements that have been approved in this Circuit.”  With individual recoveries of class members ranging from $2,500 to over $19,000 per approved claim, the settlement is believed to be one of the largest individual class member recoveries in any TCPA case.

Current class counsel in In re:  Premera Blue Cross Customer Data Breach Litigation(MDL, D. Or.).  The lawsuit alleges that Premera allowed a massive breach of its data systems, permitting hackers access to the personal, medical, and financial information of more than 11 million Premera subscribers and employees.

Class counsel in Spafford v. Echostar (W.D. Wa.), a class action against Dish Network for violating Washington’s statute prohibiting the use of robocalls for commercial solicitation.  Successfully defended the statue against constitutional attack on motion to dismiss (448 F.Supp.2d 1220), allowing the court to thereafter certify a settlement class and approve injunctive relief.